The Air Jordan 3 Katrina doesn’t officially release until May 12th, but New Orleans based retailers Sneaker Politics will be launching the anticipated Air Jordan 3 this Saturday, April 28th.

While the “Katrina” colorway was originally auctioned off to raise money for Hurricane Katrina relief efforts, it makes sense for the New Orleans shop to hold a special event for the release.

The Air Jordan 3 Katrina will be released at the Jordan Brand x Sneaker Politics block party on April 28th from 11AM to 1PM CST. More details regarding the event will be revealed throughout the week.

UPDATE: Sneaker Politics release official details to their exclusive block party going down this weekend. Also, for this release of the Katrina Air Jordan 3s, the shoes will come with a special edition hangtag and a set of Green laces.

Event begins on April 28th at 11AM – 1PM CST. Hosted by Brandon “BMike” Odums, while DJ Digital will be keeping the crowd moving. Special performances by: Juvenile, Bun B, Pell, and Neno Calvin. Live painting by Jarrad McKay also known as Ary by Jay will be in the house. This event is for all ages, sizes of the Air Jordan 3s will be available in 8-14 mens sizing for $190 USD. Those added accessories will not be included in the retail pair dropping on May 12th. BG sizes 4Y-7Y will also be available for $140 USD. There will also be a Jordan Brand x Politics t-shirts that will release in men sizes S-2XL for $35 USD. First 100 customers will receive a free basketball. On April 29th at 12PM, the shoes will launch online and in-store at their Lafayette and Baton Rouge locations. 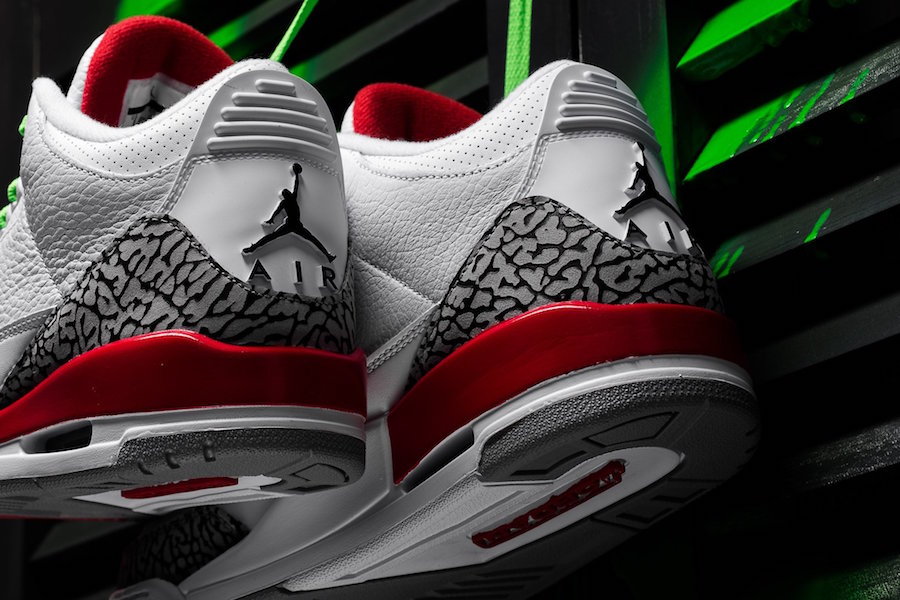